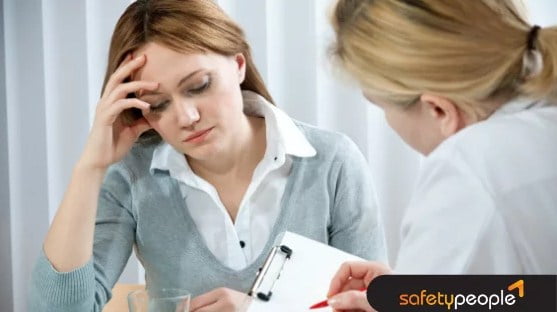 As HR professionals, managers or business owners it’s inevitable there will be conversations you’d rather not have to have with your staff. But tough conversations are a necessary part of being an effective manager and, executed well, they can prove valuable to both the employee and the business.

SEEK’s Resident Psychologist Sabina Read says effective feedback can make employees more motivated and provide clarity about what is required to improve. At its worst, a poorly delivered message can be damaging, demoralising and distressing.

Avoidance is not the answer

Let go of the notion that criticism has to be difficult, Read says. Instead, see it for the positive outcomes it can lead to. “Tough conversations typically feel uncomfortable because of poor delivery, rather than because of the issue being discussed,” she says. “Acknowledge feedback as a necessary step to help employees improve skills and outcomes, which will better serve the individual and the organisation.”

Sarah Derry is Senior Vice President of Talent and Culture at Accor. She says people often associate difficult conversations with conflict and want to avoid it out of fear. But if your process is good and your message clear, people will generally respect it.

“Having a difficult conversation early is one of the most caring things you can do with a team member or colleague,” Derry says. “Perhaps they weren’t aware of it and this gives them the opportunity to adjust their behaviour. Nobody wants to be in the dark.”

She says the phrase ‘Nip it in the bud’ has merit—a small problem can become a big one if it’s not addressed.

What works and what doesn’t

According to Read, when it comes to giving feedback, there are three key things to remember:

Derry says employees just want honesty. She says the so-called sandwich method of burying the criticism between nice statements isn’t effective and doesn’t feel genuine. She says what’s important is to explain the impact of an employee’s actions and set the expectation of what you want to see instead.

Last, avoid the trap of thinking feedback is an annual or quarterly process only. “Timing is a powerful component in the delivery process,” Read says. “It should occur within hours or days of the undesired behaviour.”

How to create a feedback culture

People are more at ease with giving and receiving feedback when it happens regularly, Read says. It should be context specific, include a good dose of what’s being done well and provide clear instruction about what needs to be different.

“Delivering feedback is a skill that needs to be honed and practiced,” she says. “Training managers in the delivery of effective feedback is a necessary step.”

It’s important to ensure communication is also encouraged peer-to-peer and extends to the leadership. Derry says this can be as simple as saying to your direct reports tell me something I’ve done well, and something I could have done better. “The more open you are and the more genuine you are, the more trust you will build,” Derry says. “If you have trust and rapport people will respect what you have to say.”

No matter how good your delivery, there will be times when you know feedback won’t be received well.

“If you sense a person is struggling, check in and ask them how they feel about the feedback process,” Read says.

“It’s always better not to assume you know why an employee is struggling with the feedback they’ve been given because mindreading is a flawed ability!”

As everyone processes information differently, Read suggests asking the staff what they need to help them change their behaviour. It may be more time, mentoring, further training or a template to follow.

Providing negative feedback can be challenging, but it is also an essential part of being an effective leader and coach says Read. Think about how you can leverage some of these frameworks in the future and always try to be understanding of the person you’re providing feedback to.

“Sometimes people just need to reflect, sometimes they need to talk it out with someone else and sometimes they don’t accept it at all, but, as a leader, you have to remain firm about your expectations,” says Derry.